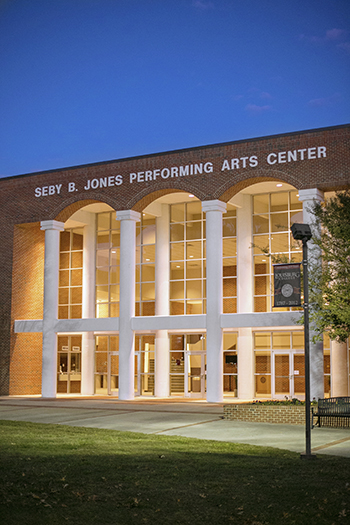 Louisburg College’s Seby B. Jones Performing Arts Center (JPAC) has been providing opportunities for the region’s residents, businesses and communities to participate in the arts, entertainment, theatre, and much more since 1989.

“It’s the only thing like it in the region,” said Robert Poole, director of the JPAC since 2001. “It’s the community center and the civic center.”

An auditorium has existed on the campus of Louisburg College since 1957. Construction of the modern, multipurpose JPAC facility began in 1987. Its auditorium, black box theater, two art galleries and expansive lobby became one of the finest facilities of its type in Central North Carolina. The JPAC is several different venues in one gigantic facility, centered around the 1,200-seat Frances Boyette Dixon Auditorium. The JPAC houses the Norris Theatre, the Elizabeth Tiel Faulkner Gallery (permanent art collection), the Edith C. Lumpkin Community Gallery (traveling art series), the Emily and Scott Gardner Concert Stage and the Seymour Holt Lobby.

To enhance the experience of campus life and add to the quality of life for the residents of the region, the Louisburg College Concert Series was created in 1957. The series became known as the Allen de Hart Concert Series with the 2002-2003 season, named after the man who established the series and served as concert manager for many years. During his tenure, de Hart created the Franklin County Folk Festival, which spawned the International Whistlers Convention. He also developed a foreign film series and a lecture series. Among the lecturers were Margaret Meade, the Dalai Lama and Bob Woodward. 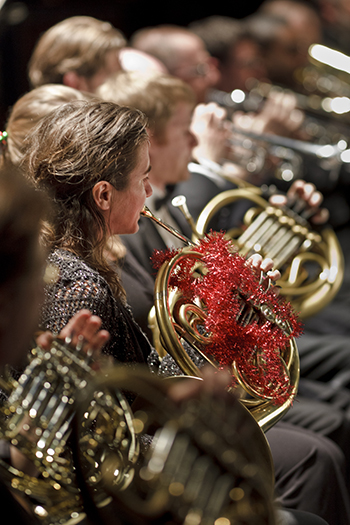 The auditorium is the largest facility for arts and entertainment in Franklin County, Warren County, Vance County and Granville County. Each year, the JPAC draws more patrons from the Triangle. In addition to the concert series, the auditorium also provides space for wedding receptions, dance recitals, awards ceremonies, high school graduations, deployment and homecoming events for the military, political debates, corporate annual meetings, memorial services and much more.

“The auditorium is an economic generator,” Poole said. “When people attend an event, they also patronize other businesses in the area, such as gas stations, restaurants, clothing stores and other merchants. The money they spend locally for goods and services is an important stimulus for the local economy.”

The JPAC also serves as an educational venue for the students of Louisburg College. The Lumpkin Gallery hosts two-student art shows each year. The auditorium is used for cheerleading, dance and martial arts. And, the theatre is used for student productions, as well as the new Sidney Stafford lecture series. It's also the location for Louisburg College events, such as registration, workshops, college and university fairs, and convocation and commencement ceremonies. More than 20,000 attendees patronized the auditorium during the 2017 concert series and other events, excluding student participation. Yet, there is a great need for more patrons.

“The auditorium’s ability to generate income is influenced by its commitment to keeping the arts affordable for everyone,” Poole said.

The shows remaining in this season’s Allen de Hart Concert Series include: