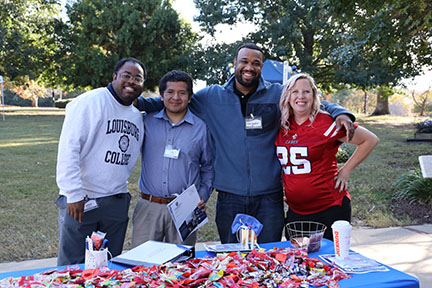 Alumni, faculty, staff, and friends celebrated Homecoming on Main, October 22, 2022, on the Benson Chapel Lawn, the sun-splashed day was the perfect setting for those in attendance to reminisce about their time at Louisburg College, stop by the Alumni Association table for some sweets, toss a few bags of cornhole, purchase Hurricane gear, flip through pages of “The Oak”, and enjoy fellowship with old and new friends.

A catered lunch was provided by Duke Dining Hall Services with enough fare for all to enduldge with delight, while a DJ played tunes for all ages to enjoy. Prior to lunch, guests were entertained by a performance from the Louisburg College Cheer team. 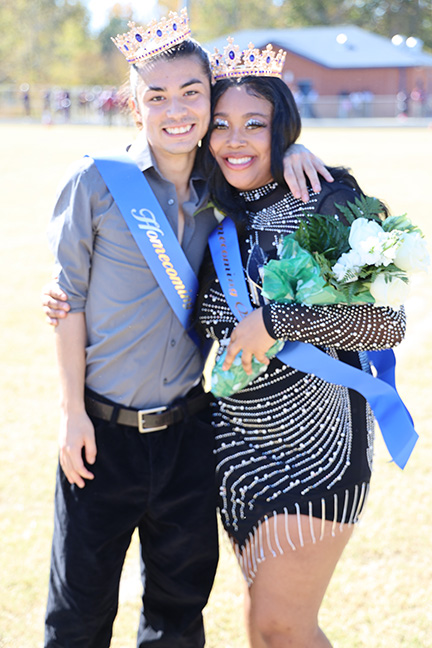 The Hurricanes football team added to the day with a 56 to 0 victory over Ramah. The Hurricane’s record stands at 5-2, with their next game coming against the Apprentice School. At halftime, the Homecoming King and Queen were crowned, congratulations to Jacob Chacon-Martinez and Ayesha Baker, respectively.

The weeklong Homecoming celebration included a talent show and karaoke night, Homecoming dance, pep rally, bonfire, an informal social at Tar Banks Brewing, and a performance by A Brothers Revival at the JPAC.

Additionally, the 2022 Alumni Awards were presented in recognition of the outstanding efforts of Louisburg College graduates. Congratulations to all.

The awards and the recipients were as follows: 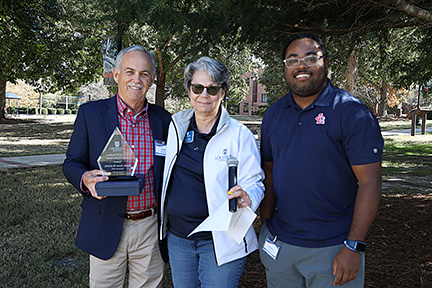 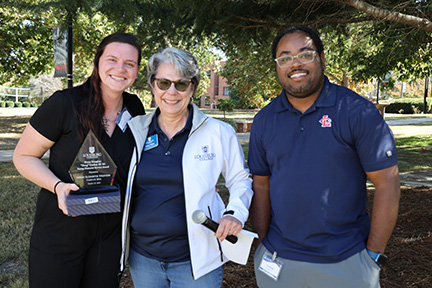 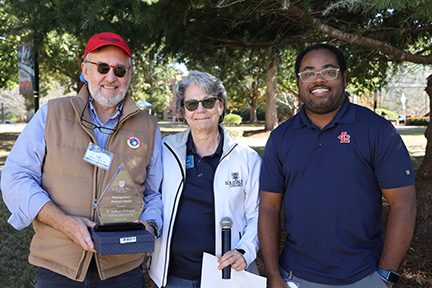 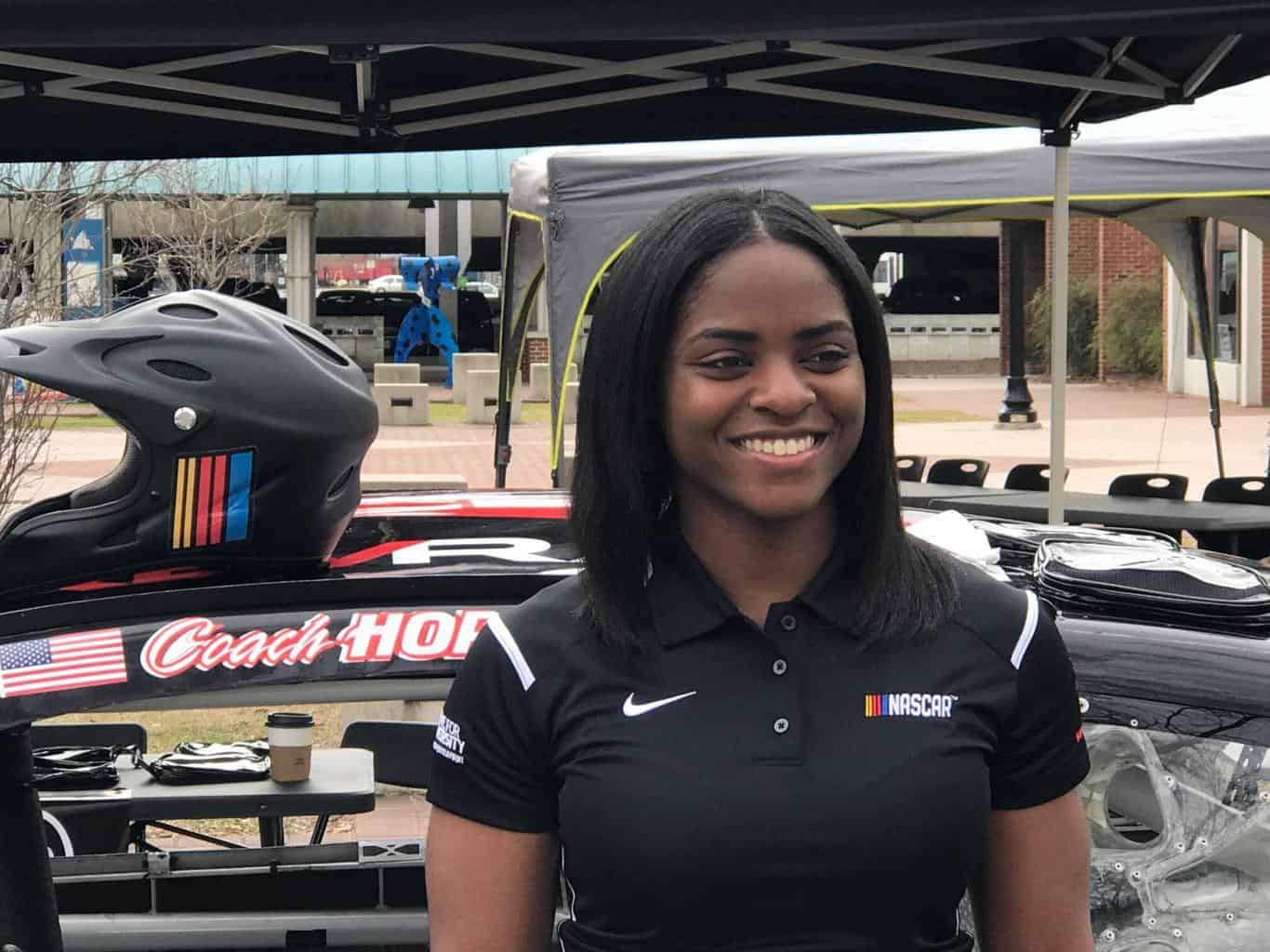