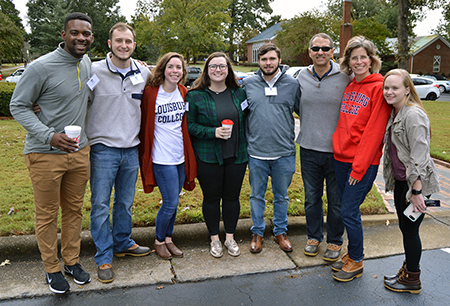 Alumni, faculty, staff and friends celebrated Homecoming on Main, October 27th, with what turned out to be a beautiful cool, autumn day filled with gentle reminders of the wonderful friendships and experiences shared at Louisburg College over the years.

Long-time friends and classmates gathered around a tempting buffet of Parker’s barbecue, fried chicken, Brunswick stew and BerryCane ice cream, while a live DJ played some of their favorite tunes from over the years. One couple was even spotted shagging in front of Main. The alumni and their families also enjoyed lawn games, a moon bounce and, of course, the fellowship of old and new friends. 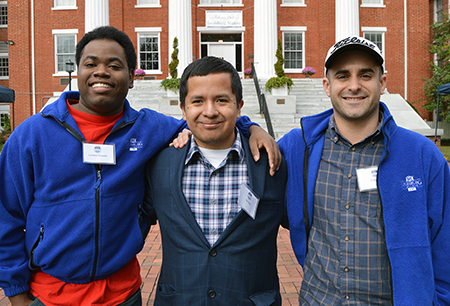 “There are so many old friends that you’ve stayed connected to,” said Linda Hudson ’68.

She said she would recommend Louisburg College to anyone who is considering institutions of higher education.

“I think it would be a positive life changer for most children. You have professors who care and nurture and help you if you are struggling,” she said.

The Class of 1985 won the inaugural Class Giving Challenge. A plaque dedicated to winners now hangs in the entrance to Main beside the President’s Office. Generosity and a reminder of the College’s relationship to the United Methodist Church was also on full display as alumni donated travel-size toiletries to the College, which will benefit children in care at the North Carolina Methodist Home for Children. 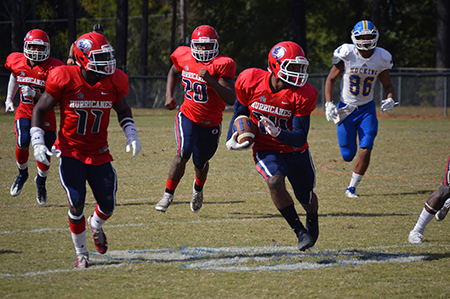 Sports were also a part of the day, as those in attendance cheered on the Hurricanes football team to a 49 to 35 victory over Hocking College. The Hurricanes record is 5-2, with two games left. The women’s basketball team also played a home scrimmage against Chowan University. There was also a Homecoming Pep Rally where the Louisburg College King George Lahai and Queen Miya Hargraves were crowned.

Members of the Louisburg Society attended a VIP reception during Homecoming week, October 25th, and were treated to a delicious reception of hors d’oeuvres and a performance by the United State Navy Band Commodores. 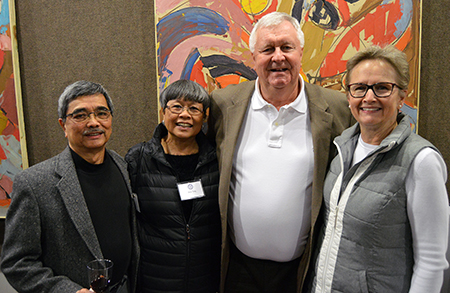 Another highlight of the week was the presentation of Alumni Awards in recognition of the outstanding efforts of Louisburg College graduates.

“I think we’re doing a great job of preparing people for continuing their education or for life,” said Charles Knight, President of the Alumni Association. “We’re sending students out of here with a grounded appreciation for what it takes to be successful.” 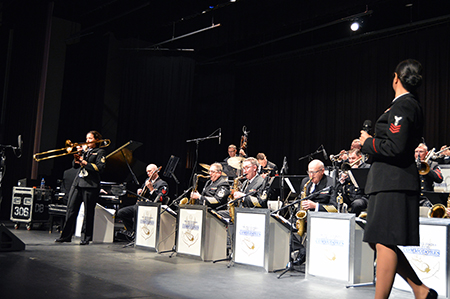 The awards and the recipients were as follows: 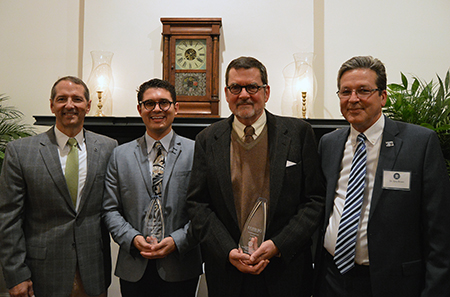 The Alumni Awards reception was held at the Historic Person Place and featured an eclectic southern menu prepared by our Director of Food Services, Wesley Dills and Louisburg College’s chef, Michelle Smith. 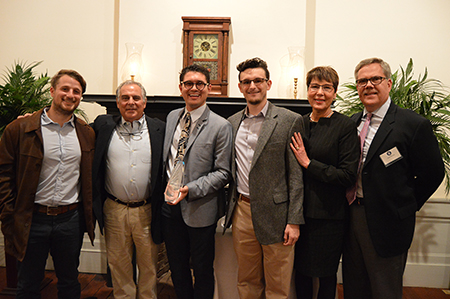 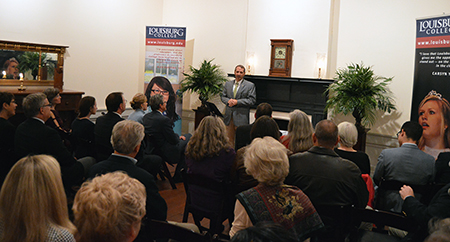 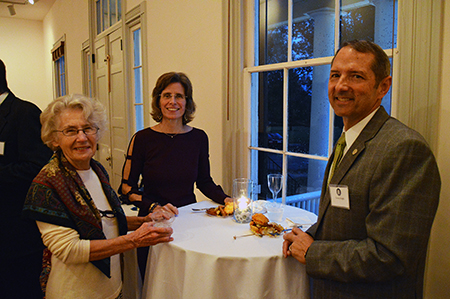